The Magic of Essential Oils 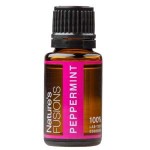 THE MAGIC of ESSENTIAL OILS – THE NEW ANTIBIOTICS?

The simple act of inhaling the anti-viral oils is astonishingly effective.

The molecules are absorbed into the bloodstream within minutes.

Imagine having those powerful anti-viral molecules flooding your body and working throughout every system.

Many essential oils have broad-spectrum antifungal, antibacterial and antiviral effects – both topically and air-borne, and some, internally.

Rosemary and oregano oil, are effective against pathogenic bacteria.

In humans, a combination of thyme and clove essentials oils was found to be as effective against bacterial vaginosis as standard antibiotic treatments. Researchers have also successfully treated staph infection with tea tree oil vapors.

An added boon: Essential oils appear to be less likely to cause resistance, for the fact that they contain hundreds of different chemical compounds, which makes bacterial adaptation more difficult.

Oils can be diffused, steamed, applied topically (some may require a carrier oil such as organic olive or almond oil) and those deemed as GRAS (Generally Regarded As Safe by the FDA for human consumption) may be ingested.

Although therapeutic grade essential oils are not an inexpensive investment, being sick can cost a lot more than staying healthy.

Some good general oils to have for starters are Lavender, Lemon, Oregano, Tea Tree and Peppermint.