Jeremy confided to my husband that he was contemplating suicide. After enduring 9 months of agonizing pain, for which the doctors, x-rays and tests found no cause, he didn’t want to continue living like he was.

He hurt almost all over. His hands and feet were weak and painful to touch, he had pain and stiffness in his shoulders, forearms and joints, and lack of mobility was causing circulation problems. But most excruciating was the pain in his feet and knees.

The physical agony was compounded by the humiliation of no longer being able to support his wife and teenage children. Rather than feel useful, he only felt like a burden to his wife, now the sole provider.

Since Jeremy was bed and couch-ridden, Rick agreed to a house call. As Rick ran energy, layer after layer of emotional garbage was peeled away. Physically, that first session produced little more than some movement in Jeremy’s upper back. From an emotional standpoint, there was a major attitude adjustment.  It was the difference between night and day. Instead of the emotional wreck that had greeted Rick, he was leaving a man who was now optimistic of his possible recuperation.  He had hope.

That night as Rick told me of Jeremy’s condition, a picture formed in my mind of a feeble old man, unable to get around on his own, and I felt sorry for him.

During the second session, the following day, they literally heard and felt seven bones in the right foot move back into place and three in the left foot.  Jeremy’s hips leveled out.

Hours later, when they finished, Jeremy sat up on the couch and gingerly placed one foot and then the other on the floor. He slowly increased the weight he put on them and finally stood up. It was obvious by the look on his face that he couldn’t believe there was no pain. He then moved his weight from one foot to the other, back and forth. After bending his knees several times and satisfying himself that everything was working and he was truly pain-free all over, he bolted from the room. He returned in a few minutes and sheepishly explained, “You have NO idea how good it feels to be able to run to the bathroom when you need to!” For so long, he was denied that simple convenience, having instead to crawl slowly, painfully, to get about.

After that second session, Rick didn’t see Jeremy anymore – there was no need.

Exactly one year later we were preparing to move from Colorado to Oregon and held an indoor/outdoor yard sale to lighten our load. We were standing in the living room when a gorgeous, thirty-something year old man appeared in the front doorway.  Transfixed, I watched with curiosity and wonder, as this Yanni look-alike and my husband smiled at each other and walked across the room into each others embrace. 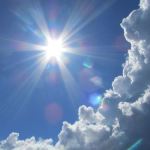