The day after I returned from my first workshop with Richard Gordon, my wife called me at home from an auction she was attending. She wanted me to come do Quantum-touch on Joe, one of the employees who moved furniture and other heavy merchandise. 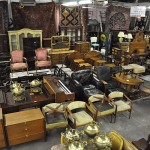 Two days earlier, Joe had prevented a refrigerator from falling on someone and in the process, had badly wrenched his back. He was wearing a back brace and was in a great deal of pain. But as the sole supporter of nine children, taking off work was not an option.

So right there on the outside dock of the auction house, while Joe ate his sandwich and dozens of people milled about, I ran energy.

I was still a bit skeptical and had explained to Joe that it might not do anything.

After 15 minutes, Joe said he had to get back to work.  He stood up and slowly, tentatively, twisted and turned, testing his back for the pain.  A smile spread across his face. 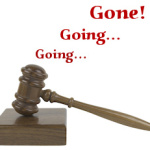 We saw a grateful Joe a week later and several times a month for the next few years. He never needed the brace again and the pain never returned.  I finally knew what I wanted to be when I grew up.